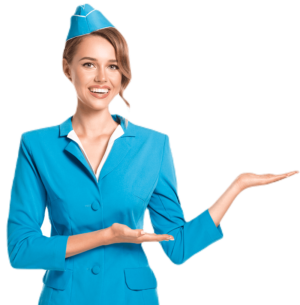 Here you’ll find useful information for tourists and visitors on how to use public transportation for getting around Paris & CDG airport.

RER B (Paris by train)Journey planner

The Paris public transport network serves the entire city and all its suburbs.
Metro & RER operate 7 days a week, including public holidays from around 05:30 to 00:30.

The Paris Metro is the quickest and easiest way to travel around the city, as well as the best value.
300 stations ensure that you are never far from a Metro entrance while in Paris.

If you wish to travel to nearby suburbs use the RER regional express network.
RER B line serves CDG airport while Disneyland is served by RER A and Versailles by RER C.

If you need to go in suburbs that are located a bit further from Paris, or just not reachable in RER, you may need to use Transilien SNCF commuter trains (e.g to Chartres, Fontainebleau, Giverny,…).

Paris Metro has 16 lines, numbered from 1 to 14
Metro lines have directions indicated by the terminus station at each end (e.g La Défense-Château de Vincennes).

RER consists of 5 lines referred to by the letters A, B, C, D & E
All RER trains call at Paris stations then split into several branches.

Your journey to & from the airport

All RER B trains call at Paris whatever their final destination.
Connections between Metro and RER B at stations Gare du Nord, Châtelet-les Halles, Saint Michel-Notre Dame and Denfert-Rochereau.

Please check your destination with platform information screens…
Board RER B trains bound to Aéroport Ch. de Gaulle 2, some trains split off for another suburb.

Please check your destination with platform information screens…
Board RER B trains bound to St Rémy-lès-Chevreuse, some trains split off for another suburb.
Transfer onto the ORLYVAL (Orly airport tram) at station Antony.

Beware of pickpockets, look after your bags and valuables at all times.

The Paris metropolitan area fits into zones 1-5.
Tickets are available at all stations, from ticket windows & ticket vending machines.

There are a wide variety of tickets available including single ride tickets, single day passes, multi-day passes, etc…
You can use a standard Ticket+ when travelling by Metro or Bus (+ RER within Central Paris only).
For travel in Greater Paris train ticket prices are determined station to station.

Please note that non-smart chip credit cards are not accepted at vending machines.

See our selection for tourists & visitors :

Purchase a Billet Origine-Destination or Billet Ile-de-France for any journey outside Central Paris (using RER or Transilien).
Fares depend on the distance you will travel (e.g €10,30 between CDG airport & Central Paris).
Tickets allow connections between Metro & RER trains in Central Paris.

The standard t+ ticket allows you to travel on :

Navigo Easy is a contactless, reusable card that can simultaneously store up to 30 tickets t+ used for :

Navigo Easy costs €2 for the card fee (non-refundable) + tickets you buy and add onto the card.
It is anonymous and doesn’t require a photo, however only one person can travel with a single pass at a time.